How to Deal with Difficult People 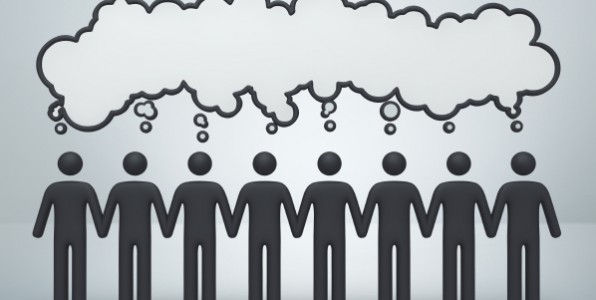 Tom turns to Terri Tattletale and asks her what the reason for the downturn is. “Don’t ask me,” she says. “It’s Chris Curmudgeon’s job to keep track of that stuff, and he’s never in his office!”

“What do you know, Terri?” Chris Curmudgeon retorts. “I’m always here. It’s just that no one ever notices me.”

“What’s the big deal?” Steve Slacker chimes in. “It’s OK if we’re down this quarter.”

Ned Know-It-All proceeds to lecture Steve and anyone within earshot about the importance of company growth and maintaining the bottom line.

“Shut up, Ned!” Billy Bully shouts. “You’re such a nerd! No one listens to you!”

Paul Procrastinator says “I have some ideas about what we can do to boost profits. I’ll get working on them some time next week.”

“Nothing ever goes right around here,” Wendy Whiner groans. “There’s no use trying; we’re just going to go bankrupt anyway since no one here knows what they’re doing.”

Chad Chatterbox sits at the end of the table, talking to Carrie Coldshoulder about his weekend plans and his mother-in-law’s bunions. Carrie turns her back to him and stares coldly out the window.

In a perfect world, we would never have to deal with any of these people. However, we don’t live in a perfect world and—gasp!—we actually may annoy others too! The sad truth is that no matter where you work, you are going to encounter difficult people. Learning how to better deal with them can mean the difference between pulling your hair out and maintaining your sanity. In the workplace, it can also mean the difference between success and failure.

Today’s info graphic helps you to deal with difficult people.

Do you work with any of these people? Aside from the obvious fact that Tom should probably consider hiring some new executives, what sort of steps could he take to get control of his meeting and get more productivity out of his workforce?

Do you struggle with difficult conversations?  Do you procrastinate when it comes to delivering feedback? Do you know how to effectively persuade and influence others?  Learn this and more in Smart Talk. Get your personally signed copy today!

I was wondering how long it took you to create those characters names! I like the line about how we may offend others too. Its important that as a “Type A” personality I avoid being one of these characters towards a member of my team. Have you ever been in a meeting or on a team that had all of these characters?

Nope, not all at once, thankfully! But I have definitely faced several of these individually.